Category » Romanian Deadlift, How to Shape Your Buttocks

Romanian Deadlift, How to Shape Your Buttocks

Romanian Deadlift is a free weight exercise that targets the buttocks, hamstrings and other posterior muscles of the hip.

Just like Hip Thrust is very fashionable these days.

Done correctly, it’s an excellent move to add to a lower-body strength training routine, as it hits almost anything on the back.

Because it’s a complex movement involving multiple joints and muscle groups, it’s also easy to do incorrectly, which increases the likelihood that you’ll end up injured.

Its main advantage is the number of muscle groups it works with at the same time. This type of composite exercise is considered a functional movement that translates into other areas of life because when you move, you’re not using just one muscle, but a combination of muscle groups for walking, running, bending, lifting, and so on.

Romanian deadlift, specifically, engages the hamstrings, buttocks, core and even the upper back, shoulders and forearms. By developing strength through these areas, the activities of daily living become easier to perform.

For people who do a lot of push-ups and squats, the Romanian deadlift can help “balance” any inconvenience developed between the strength of the front and back sides of your body.

Finally, the more strength and potency in the hamstrings and buttocks you develop, the more strength you gain in other exercises as well. You’ll be able to lift more weight comfortably when you do your traditional strength training routine.

How do you do Romanian Deadlift?

All you need to get started is a bar. The important thing to keep in mind when doing this exercise is that,  the movement starts from the hips. When pressing backward, the knees should not begin to bend simultaneously; this is not a squatting posture. In fact, your knees should remain relatively static throughout the process.

In the same way, remember to keep the shoulders back and the core engaged so that the torso maintains a perfect posture as the hinge of the hips.

When you perform the Romanian deadlift, you must maintain a perfect posture through the torso throughout the execution. It is very common to forget that the upper part of your body needs to remain occupied. But if your shoulders are rounded forward, your upper back will collapse to the ground and begin to form a tiny “n” shape.

This is often a reason for the following common mistake: the bar positioned too far from the thighs. All of these factors together shift the weight too far forward, which places a greater burden on the back and reduces concentration in the hamstrings.

Bar too far away from thighs

When you exercise, it’s common for your hips to move backward, allowing the bar to simply hang from your shoulders, so your arms are perpendicular to the floor. This positions the weight too far from the body, pulling on the shoulders and upper back, removing the emphasis on the hamstrings and relocating it to the upper body.

With the shoulder blades pulled toward the spine, the bar should remain one inch or less from the thighs for the entire movement. Think of the bar as “rubbing” against the front of your thighs as it hinges your hip.

At the lowest deadlift point, your arms should not be perpendicular to the floor, but at a rearward angle. Training in front of a mirror can help you identify this error.

Bending at the waist

People unfamiliar with the “hip hinge” may have difficulty differentiating between pressing the hips backward and bending forward at the waist. If you do it in front of a mirror, so that you can see your body from the side, you should observe how a clear, sharp angle begins to form between the torso and the top of your thighs, with the coccyx being the center of the angle.

If you lean forward from the waist, you won’t see the same sharp angle shape; you’re more likely to see a 90-degree angle at the waist or even a curve that forms in the lower back as it begins to lean forward. Make sure your core remains engaged, shoulders back and spine neutral with the movement that originates in your hips.

Bending too much at the knees

People often make the mistake of turning Romanian deadlift into a rather squatting movement. After starting with a small hinge at the hip, they immediately bend their knees and begin to squat.

Actually, your knees shouldn’t bend too much during the entire workout. The slight curvature created at the beginning is more or less the exact curvature you must maintain as you complete the exercise.

Look at yourself in the mirror from the side; all movement should be done with the hip hinge, not with knee flexion. If you find your knees bent and your buttocks falling to the floor as if they were squatting, readjust them and try again.

Even people who have learned to keep the spine aligned from the coccyx to the upper back can make the mistake of looking up and forward as they move. If you want your neck to remain aligned throughout the exercise, you should look at the ground at the bottom of the movement, rather than looking straight ahead.

Due to the complexity of mastering the Romanian deadlift, you can start by using a PVC tube or a broomstick instead of a weight bar. You’ll continue to focus on your tendons and buttocks, and you’ll have the opportunity to master your shape and even work on the flexibility of your tendons and hips before progressing to a weighted one.

Try the one-leg lift. This movement addresses each hamstring and gluteus independently while challenging your balance. You can also use a dumbbell instead of a bar.

The right shape is the key to carrying out the Romanian deadlift without injury. If you have an injury to the areas of the body listed above, it is important that you work with a trainer to absolutely make sure you are doing the right movement.

Here is a very descriptive video for you to learn the correct technique for this exercise.

previousVegetarian Diet Example, It Will Change Your Life!
nextWhat is Tanorexia or Tanning Addiction?, the Harsh Truth! 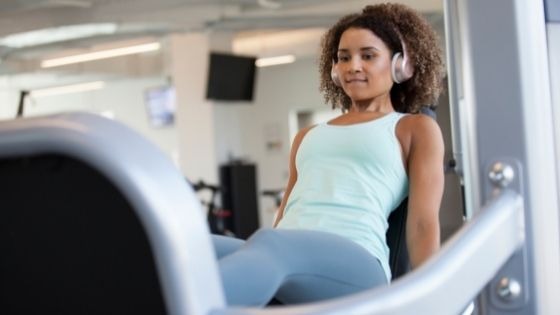 The Best Leg Workout for Beginners!

Do you need the best… Read More »The Best Leg Workout for Beginners! 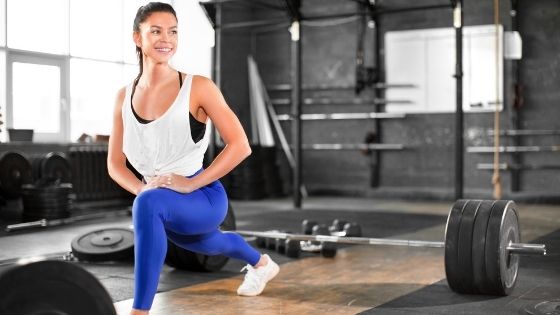 Can skinny legs get bigger? Tips and Tricks to make it! 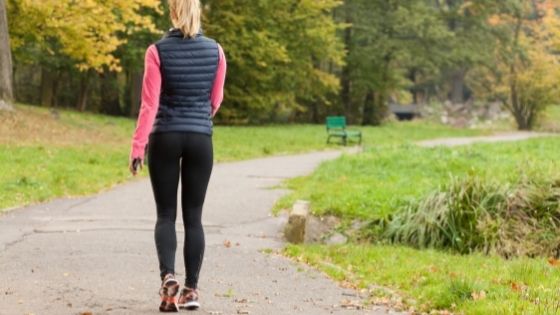 Does walking tone your butt? 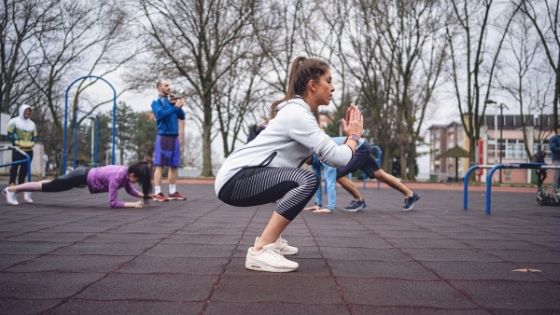 Do you want to tone… Read More »Gluteus Medius Exercises That Actually Work!