The Reasons You Should (Do) Adele’s diet for weight loss

At some point in our lives, we will all see ourselves with a few extra pounds. We see that our old clothes do not fit us the same, and we are not the same as we were ten years ago. That is why we find ourselves searching for new diets, new exercises, and new things to see if we can return to the body that we used to have. In my pursuit to achieve this goal, I came across the “Sirtfood” diet that my favorite singer followed. What diet did Adele go on to lose weight? How did Adele lose all her weight? Well, after searching the most reliable sources, this is what I learned:

Adele’s diet, the“Sirtfood” diet, is based on the acceleration of proteins called sirtuins which are essential for regulating the metabolism. We can promote the metabolism’s acceleration and fat burning by eating foods rich in polyphenols such as strawberries, blueberries, soybeans, apples, onions, and olive oil, among others.

Adele was overweight for almost all of her life, but this did not stop her from finding a routine and an incredible diet, which helped her lose more than 110 pounds. This is the reason I decided to make this fantastic article so that you can also know her secret.

But for those who don’t have the slightest idea who Adele is, I will first give you a brief overview of her life and who she is.

How did Adele get started? Adele was born on May 5, 1988. She studied performing arts and technology at the Brit School in Croydon, London. She began her singing career after graduating and her songs became extremely successful on Myspace. Thanks to this popularity, she was contacted by her current record label, located in London.

She had instant success; her debut album reached the top of all music charts worldwide. Her first single brought her to fame in countries like the United States and the United Kingdom. Her second single gave Adele her first awards and she had a stellar performance at the Grammys.

One of her most famous songs is “someone like you”. This single was released in 2011 and the singer gave powerful performances such as at the MTV video music awards in 2011.

Even though she was now a world-famous singer, Adele’s weight continued to increase, to the point of becoming morbidly obese. That affected her health a lot. It was not healthy for her, and she was criticized many times by the press.

What did Adele think about diets?

Adele did not always support diets. She did not participate in them, as she thought that all women were beautiful, whether they were thin or not.

In February 2012, she got into a heated discussion with a designer named Karl Lagerfeld, as the designer said publicly that Adele was “too fat.”

Textually his comment was, “she is too fat, but she has a beautiful face and a divine voice.” He made this comment in an interview.

Of course, this comment resonated on all social networks, as her fans love her, and many artists admire and support her. Then the designer’s nasty comments began, and of course, it didn’t take long for the singer’s response to appear.

The 32-year-old singer spoke admirably in an interview with People Magazine and defended her beautiful curves.

Her exact answer was, “I never wanted to look like a cover model. I represent most women, and I am proud of it” – beautiful words and a very valuable lesson.

How did Adele change?

According to Adele’s manager, the singer underwent rigorous food restrictions to lose weight and, of course, she accompanied this with an incredible exercise routine. Her manager later revealed that exercise was not the big secret to losing weight so quickly.

The secret to Adele’s physical change is in the diet she follows; 90% of the results are thanks to her nutrition. To this end, we could say that one of the reasons she has lost much more than 110 pounds in a few months is thanks to the help and advice of Dr. Dominique Fradin-Read.

Dominique holds a degree in preventive and anti-aging medicine from the Université Libre de Bruxelles in Belgium and also has a nutrition degree. Dr. Fradin-Read collaborated with chef Michel Guérard in weight loss treatments, and she is chiefly responsible for the radical change that Adele achieved.

Dr. Dominique revealed the incredible trick to losing weight, but she made it very clear that it was not about doing sport. She affirms that not everything is about exercise. The process of losing weight has a lot to do with mood and mental health.

Dominique explained that losing weight is about more than exercising and that you should include sports in your life. It would be best if you wanted to transform your life that for those who want to lose weight, mental health and well-being are as important as diet and physical exercise.

Patients should know that diet and exercise are not always enough. Dr. Dominique says that it is vital to study each patient individually since many try to lose weight but fail.

That happens because they only lose a little, and then they recover it very quickly. To get slimmer and stay slim, one must look at the person, not just the weight.

Dr. Dominique and the future

When Adele realized that she was morbidly overweight, she decided to visit Dr. Dominique. Dr Dominique submits each patient to a detailed study. With this study, she seeks to analyze the metabolic function of each patient individually.

Dr. Dominique explained to Adele that they study people’s habits, specifically to know their mood and mental health. This aspect is fundamental since she may maintain healthy habits all day, but what about at night? It is necessary to evaluate a person’s stress and sleep.

Once all these elements have been addressed, we must start a personalized diet and specific exercises.

For legal reasons, Dr. Dominique cannot publicly provide the results of these tests or what diet Adele specifically used. However, she does give information on the various treatments, therapies, products, and services offered by her clinic.

You may be interested in “How to workout at home to lose weight, the best 10 minutes routine.”

What foods can you eat on the Sirtfood diet?

What tools does Dr. Dominique use to be so effective? Dr. Dominique explains that she combines all the tools and methods she has in her therapeutic arsenal, starting with a complete lifestyle change, giving more natural approaches, and vitamins, and finally recommending medications appropriate for each patient.

Dr. Dominique’s main advice to her patients is to follow the Mediterranean diet. She also recommends that they follow the healthy menus of chef Miguel Guerard. But the key is to create balanced, healthy, and personalized meals for each client.

Dr. Dominique develops a visual method; that is to say, it is necessary to imagine a plate divided into several parts. The green vegetables must occupy two-quarters of the dish since they are the most important part of this diet. The protein must occupy approximately a quarter of the plate, and the last quarter is for the carbohydrates.

The diet also allows you to add a few other healthy fats to your plates, such as avocado, which is terrific for your body, olive oil, which is much less harmful than other oils, and nuts.

Sirtfood is the famous diet that gave an unexpected turn to the singer’s life, it is responsible for 90% of her total weight loss of 110 pounds, and below we will expand on it further.

What is the Sirtfood diet?

The Sirtfood is better known as the “miracle” diet because it allows you to lose weight with unparalleled speed. The Sirtfood diet is based around sirtuins consumption, which are proteins that also delay aging. Many components activate these proteins; resveratrol is a powerful antioxidant that is present in wine.

Two British nutritionists developed this diet; the diet consists of foods that enhance the sirtuin’s action. According to its makers, sirtuins boost the metabolism and help burn fat.

The diet’s effectiveness is based on the use of these proteins. When activated in the body, weight loss is also related to reducing oxidative stress and the reduction of aging.

How to achieve the Sirtfood diet?

The Sirtfood diet is carried out in 3 phases or stages: In the first stage, we must reduce the caloric intake to a maximum of 1000 calories per day. In the second stage, the calorie consumption must be 1500 kcal per day, and in the third stage, we have to increase the intake to 1800 kcal per day.

Now I am going to explain in more detail each of these stages or phases.

The usual thing in a diet is the restriction of calories, and this is no different. Its first stage is an extreme reduction of calories. The intake should not exceed 1000 calories; we achieve this with fruit and vegetable juice, and only one proper food meal.

This first stage lasts three days, and you can’t exceed 1000 calories per day in those three days, only three shakes and a substantial main dish that should be rich in food like:

Green tea, dark chocolate (only if it is 85% cocoa), apples, all kinds of citrus fruits, parsley, turmeric, blueberries, red wine, chicken, turkey, among others.

This second stage is based on maintenance and lasts two weeks. In this second stage, you should continue with 1500 calories per day. For this reason, your main dish should be more substantial and based on foods rich in sirtuins.

You may be interested in “How to get the perfect body fast-Perfect female body in no time.“

What are the positives and negatives of the Sirtfood diet?

The positive side of the Sirtfood Diet

The positive side of this incredible diet is that it makes you lose weight in record time, and the vast majority of products allowed are healthy. Most of these foods are vegetables, and as we mentioned before, apples, blueberries, turmeric, and olive oil. It also allows the intake of lean meats, such as chicken or turkey, shrimp, and two glasses of red wine a day.

The negative side of the Sirtfood diet

Although it is exceptionally good at making you lose weight; it also has its negative aspects. The Sirtfood diet can affect your health because it proposes a drastic reduction of calories, which can:

Another cause of harm is that it leads to loss of muscle mass. It can also cause anxiety when you want to eat but can’t, and this can lead to severe eating disorders.

You may be interested in the “Vegetarian diet for beginners, the complete guide for dummies.”

In short, it was morbid obesity that led the singer Adele to want to make a drastic change in her life, leading her to seek out one of the best professionals in the world. I’m also looking for one of the best trainers.

These professionals did a lot of research and found the perfect diet for her, responsible for losing 90% of her weight. It is recommended that if you are obese before starting this diet you should go to your endocrinologist.

anteriorWhat should I eat to make my hair thicker and stronger? 10 superfoods
siguienteThe 10 best exercises for glutes at home to make your bum rounder! 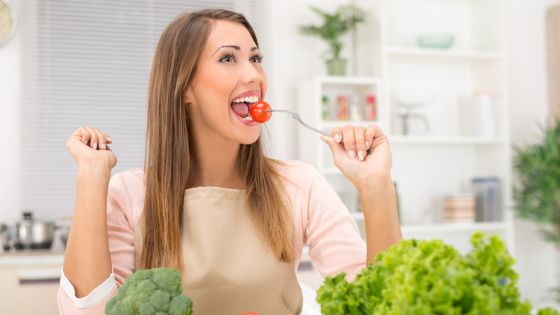 I ate 800 calories a day for a month; what results did I get?

Do you want to know… Leer más »I ate 800 calories a day for a month; what results did I get? 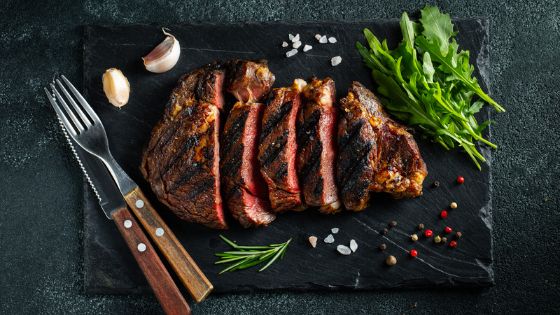 How Much Meat Can I Eat When I’m on Diet

When you’re on a diet,… Leer más »How Much Meat Can I Eat When I’m on Diet 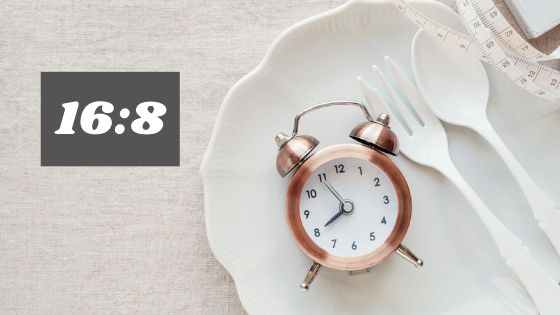 Amazing Weight Loss Results After Just One Week of 16:8 Fasting 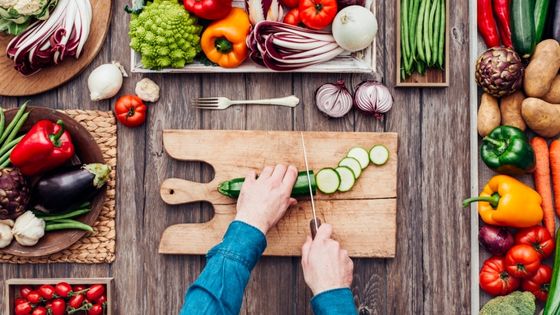 The BIOIMIS Diet: How to Lose weight and Keep it Off

Bioimis diet? Let’s find out… Leer más »The BIOIMIS Diet: How to Lose weight and Keep it Off