Category » Jumping Jacks, the exercise you need to do!

Jumping Jacks, the exercise you need to do!

What is the Jumping Jack exercise? You have been doing this exercise forever, but you never knew its origins. It began to be popularized in the US Army, but nowadays, all kinds of people practice it.

The Jumping Jacks consists of jumping from a standing position with feet together and arms to your body sides. Then you have to jump again, separating the feet and touching with the hands above the head. It is ideal for burning calories and losing weight; with this exercise, you work a lot of muscles simultaneously.

In this article, we tell you everything about Jumping Jacks, from their origin, the benefits they bring your body, and also, the different types that exist, and provide a step-by-step guide of the correct way to do them.

Jumping Jacks, what are they?

Jumping Jacks are jumping exercises that we have all performed since childhood because of their ease and their effectiveness for burning energy and calories. In this exercise, you try to jump by opening your legs and raising your arms until your hands slap above your head. Then you have to jump again by joining your feet and putting your arms at your sides so that they are parallel to your body.

Jumping Jacks are also known as star jumps and called side-straddle hop in the U.S. military. The Jumping Jack name comes from the children’s toy “jumping jack,” which performs movements similar to arm swinging and leg extension when jumping.

It was thought that this exercise’s name originated from the American General of World War I, John J. “Black Jack” Pershing, who had developed this exercise.

However, the fitness expert Jack LaLanne was credited with popularizing it in the United States. Although he was not involved in this exercise’s invention, LaLanne used the jumping training during the routines he promoted during decades of fitness programs on television.

How to perform Jumping Jacks step by step 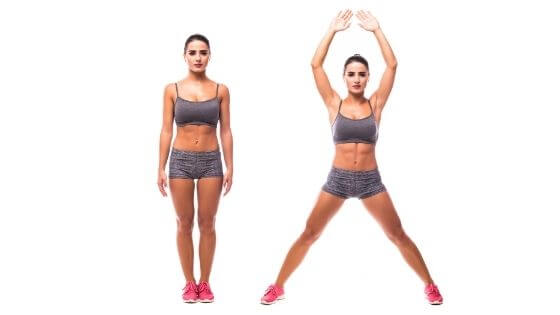 To do so, relax your shoulders back and down. Keep the natural curve of the neck. Also, keep the top of your head up.

Spread your feet shoulder-width apart and keep your arms relaxed on either side of your body.

3) Jump and extend your arms above your head

With your feet shoulder-width apart, bend your knees a little so that you can jump. As you jump a few inches off the ground, raise your arms above your head.

Stretch your legs out more than shoulder-width as you raise your arms above your head.

5) Return to the initial position

After jumping slightly in the air, you have to return to the starting position with arms and feet separated at the same distance from the width of the shoulders.

6) Repeat as many times as necessary

Repeat the movement as many times as necessary for you to obtain the benefits. Use Jumping Jacks as a form of warm-up before an intense workout. You can also use it as a cardiovascular workout itself.

Repeat these movements for 10 to 20 minutes, depending on your physical condition. As a warm-up, do 5 minutes of Jumping Jacks to raise your heart rate. Jump slower if you feel you are out of shape.

7) Stretch at the end

Stretch after working out. Stretching is a very important part of any exercise routine to avoid injury. Do Jumping Jacks to help warm up your muscles.

The variations from this jump are numerous include bending over and touching the ground between each hop. I will explain the most common variants:

Plyo Jacks are similar to Jumping Jacks. In this variant, get lower into more of a squat position and then jump as high as possible during each repetition. Plyo Jacks are a great exercise for releasing explosive power.

The Step Jack is a simpler and slower variant of the Jumping Jack in which it is not necessary to jump. A side lunge replaces the jump. It is essential to change legs in each repetition for a complete workout of the body.

This variant of the Jack starts as if it were a sumo squat, with legs wide open. From that position, you should jump until you join your feet, keeping yourself bent over.

Combine jumping jacks with squats to tone the lower body further. You can do this in 2 ways: the first one by putting your feet together and jumping directly to the sumo squat position. Secondly, you can stand with your legs apart, jump and fall in a closed squat,

To perform this exercise, jump with your feet apart as if you were doing a regular scissor jump, i.e., one in front of the other. Instead of raising your arms upwards, you open them to the sides and then stretch them out in front of your chest. Jump as if forming a T.

To do this, grab a couple of weights, lift them over your head while extending your legs. You can either hold the weights one in each hand or have one grip with both hands.

Finally, lift the weight above your head in a vertical motion and then lower it in front of your chest.

A variant of this exercise to work the lower body more extensively is by putting a resistance band around the shinbones. Also, you can put it above your knees for a more significant workout of the abductors.

This exercise is a combination of the regular Jumping Jack but using a skipping rope. In this variant, coordination is tested a lot as well as it being very fun. If you haven’t mastered jump rope, pretend you have it in your hands while executing the movement initially.

Another similar jumping exercise is called the Half Jack, which was created to prevent injuries to the rotator cuff. This injury is not uncommon when we do Jacks very often.

This variant consists of regular jumps with the variant that the arms reach only halfway up so that they are parallel to the ground.

To execute this exercise, you have to cross your feet every time you place yourself in the starting position. This means your feet should be shoulder-width apart. Change the placement of your feet at each jump.

Get into the starting position and before doing a low jump in a quarter sit-up. When you jump, extend, and stretch each limb in the air without touching the ground, falling into a closed squat at the end.

This variant is a mixture of Jumping Jacks and a plank. Start in the plank position; you can lean on your forearms or hands. Your feet should be together, then jump to place them in a V without releasing the torso’s tension. Move only the legs and drop the hips. The upper body must remain fixed.

Benefits of The Jumping Jack Exercise 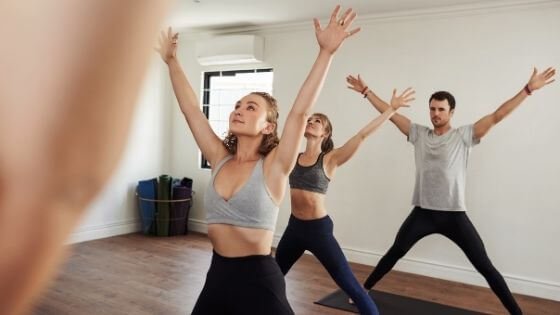 With Jumping Jacks, you work your whole body together. When you do this exercise, you exercise many different muscles.

The main muscles it works:

These muscles are in the upper thigh and there are three of them (semitendinosus, semimembranosus, and biceps femoris). This muscle group is in charge of bending the knee.

The triceps surae muscle is composed of the union of the calves (gastrocnemius) and the soleus. The calf muscles activate when landing during exercise. This muscle group allows the knee joint to flex in the descent and rotation of the foot.

They are found on the outer thigh and cause the abduction of the hip. Its function is to move the leg away from the body. The abductors help separate the legs during the Jumping Jacks.

The adductors on the inside of the thighs and produce the adduction of the hip. Its function is to bring the legs closer to the centerline of the body. In Jumping Jacks, they allow the legs to come together at the starting position.

The deltoid is the largest muscle in the shoulder, and its origin is in the upper back area. This muscle contracts when you raise and lower your arms during Jumping Jacks.

These muscles are responsible for the flexion and extension of the forearm and form the upper arm. The flexor muscles of the arm are involved in every scissor jump.

They are essential postural muscles that help maintain balance at each jump. They are also in charge of bending the spine and holding the viscera.

How many calories are burned by Jumping Jack? To work out the number of calories you burn when you practice this exercise, keep in mind that it depends on several factors such as age, sex, weight, height, and physical capacity.

It is estimated that a person weighing 155lb (70kg) burns 50 kcal in 5 minutes, which means that it burns 600 kcal in one hour. It is worth mentioning that very few people practice 1 hour of Jumping Jacks, but due to this exercise’s effectiveness, it is ideal for HIIT training (it burns a lot of energy in a short time).

Why should I do Jumping Jacks?

I recommend including Jumping Jacks in your exercise routine for many reasons:

It is an excellent option to raise your heart rate, essential to include in your warm-up phase before any activity. You can practice Jumping Jacks as part of a HIIT or Tabata training program. It is advisable to consult your doctor if you have joint or muscle problems or other health problems before starting this training type.

When practicing this exercise, you are at risk of injury if you do not perform it according to your strength and conditioning level. Be sure to warm up before doing any exercise and do a stretching session when you finish.

The 30-day challenge will help you improve every day and increase your lipid metabolism. You can combine it with bodybuilding sessions. Please do it for 10 minutes and as many repetitions as you can of the exercises.

To work all the muscles, you will have to concentrate when performing this type of exercise since some coordination and agility are required to execute it perfectly.

Jumping Jacks are a type of activity that you can do from a very early age. Keep in mind that it is an impact exercise because your feet hit the ground simultaneously, so you must perform it with great care.

anteriorHow can you treat weak and brittle nails?
siguienteHow to get rid of belly bloat naturally, 9 Natural remedies 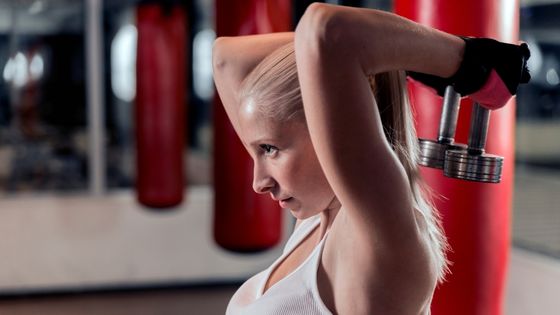 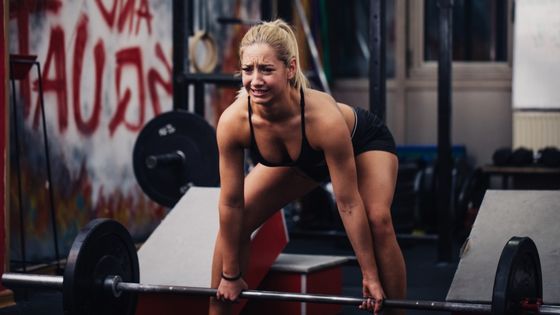 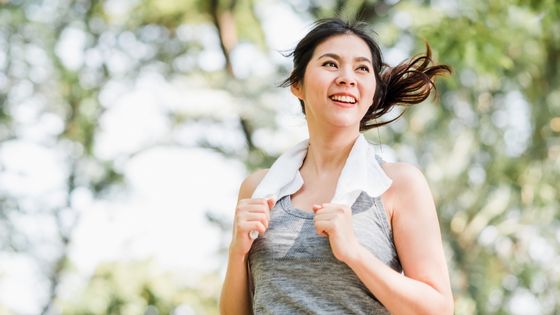 How to start exercising when you are out of shape