Category » Can Fad diets affect your health and body? This is what professionals think

Can Fad diets affect your health and body? This is what professionals think

Fad diets? “One of the most serious problems for dieters,” says Dr. Petor D. Vash, “is that many individuals think of it as an all-or-nothing thing. But when it comes to losing as much fat as possible in the shortest time and in the healthiest way, you shouldn’t think that way.

Losing unwanted fat means restricting caloric intake (diet) or increasing its expenditure through exercise or, preferably, a combination of both.

However, as Vash says, diet is only valid within specified limits. If we exceed them, as is the case with this type of starvation diet to which many desperate people have resorted, the results are likely to be disappointing and the effects on the body’s health and metabolic processes disastrous. “The most common problem with crash diets,” says Vash, “is that they contain so little protein that you start eating your muscle. You end up losing significant amounts of tissue and fluid and very little fat, and even though there is a general loss of mass, most of it comes from skeletal muscle.”

“Once we abandon the fad diet, it is complicated to recover the lost muscle and very easy to regain the fat. Individuals, who practice this type of foolish diet, end up with the yo-yo syndrome, losing more and more muscle and recovering fat, with the result of being increasingly obese and having disgusting and monstrous bodies”.

Can fad diets affect your health and body?

Here I leave you In other words, a drastic diet ends up making the patient fatter and fatter.

Another problem with calorie limitation is that it convinces the body that it thinks it has to be ready for famine.

Throughout human existence, there have been many occasions when food was scarce, and the metabolism managed to reduce its rate of work to limit the waste of energy.

In those cases, achieving a significant loss of body fat becomes almost impossible, because the body refuses to transform the fat accumulated in the adipose tissue into energy.

“In such cases, the body protects itself against consumption because, in times of hunger, the most important thing is not the exercise of physical activity, but simple long-term survival using minimal resources.”

But the effect on the metabolism of drastic diets is more prolonged than the last, says Lawder.

“In cases of high caloric and nutrient deprivation, the pituitary, thyroid, and adrenal glands cut off their production, and the metabolism greatly diminished. Everything stops, and if the situation continues for a specific time, the hair begins to fall out, the skin tightens, and the individual shows signs of lethargy and fatigue. There are signs of loss of muscle tissue, as the body begins to use it as a source of energy, and increased deficiencies caused by insufficient intake of vitamins and minerals. The kidneys are also affected, as they depend on an appropriate level of nutrients. The adrenal glands are vulnerable, as are the rest of the glands. Often the cause of death for hungry people is an adrenal failure.

The lack of salt is bad for our body The problem that people on fad diets experience with their hair, skin, and nails, Vash says, is attributed in part to insufficient intake of fatty acids, vitamins, and minerals that can lead to a host of problems for individuals on rigorous diets.

“These people, and the victims of bulimia and anorexia nervosa, as well as those who use diuretics and laxatives, end up running out of potassium, which can lead to severe repercussions, including heart problems.”

Inadequate sodium intake is also a problem. Many are obsessed with avoiding salt. When we lack that element, we are prone to headaches, dizziness, muscle cramps, and nausea.

A lack of vitamin C, for example, can lead to cracked skin. Also, women who follow chronic diets can lose significant amounts of calcium.

That poses severe problems for postmenopausal women, who are prone to developing osteoporosis much more quickly than the rest of the population.

And a lack of iron in young women can lead to anemia.

Lack of carbs can damage our health Just as a lack of protein can accelerate the process of muscle wasting, a lack of adequate amounts of carbohydrates can also have harmful effects on the body, especially on the functioning of the brain and the nervous system.

“Diets that involve lowering carbohydrate intake below the minimum level or eliminating carbohydrates lead the body to a state of ketosis. That means that we feel sick and nauseous and can suffer from dangerous medical complications.”

For example, the primary source of brain function is carbohydrates; without enough of them, transitory mental problems and altered psychological states can occur.

“Although the brain has to use carbohydrates as a primary source of energy,” says Vash, “after several days of not taking them, the body bases its metabolism on ketones, which sometimes produces a state of mild euphoria.”

However, in cases of prolonged carbohydrate deprivation, or the type of diets of patients with anorexia nervosa, prisoners of war, and victims of famine, there is not enough caloric intake to allow for essential brain functions.

We can lose too many fluids

Fad diets cause us to lose large amounts of fluid. That can lead to liver hypoprophysion, which interferes with the liver’s ability to detoxify the body, characterized by a transient elevation in liver enzymes.

If it lasts long, the threats to liver function can be grave.

Also, Vash says, “Loss of electrolytes, especially potassium and, to some degree, calcium, can interfere with heart rhythm. Many of the people who have died from unsupervised liquid diets have died from severe heart arrhythmias.”

Our body can release toxins

Aside from all the problems with fad diets, there is a body of opinion that by metabolizing large amounts of fat in a short time, it releases toxins and poisons that accumulate in body tissue and are soluble in fat.

“I think there’s a lot of truth in the idea that metabolizing large amounts of fat in a short time can make us sick,” says Lawder, “because it brings out fat-soluble toxins, like DDT, that have been absorbed by the body and accumulated in the fat tissue.”

There’s one school that claims that fasting will be fatal by 2050 because increasing pollution levels will build up such quantities of toxins that we will self-intoxicate if we try to lose weight quickly.

However, Vash is more skeptical. “There are indeed many foreign substances and toxins absorbed by the body, such as DDT, which are soluble in fat and end up accumulating in fat tissue.” He also says, “But even though there is the theory that rapid fat loss sends those toxins into the bloodstream and can make dieters feel bad, I don’t think we’ve studied enough to be able to consider it a valid medical fact.”

Nevertheless, both Vash and Lawder agree that a strict, medically supervised diet could be healthy.

“The doctor assists,” says Vash, ‘(and monitoring and testing of functions ‘ -such as checking whether the patient is getting enough protein, his heart condition, and the impending dietary deprivation is leading to metabolic or physiological problems.

“I’ve worked with many programs that involve medical supervision of liquid diets,” Lawder adds, “and the difference between these systems and unsupervised personal diets is like night and day.”

Patients respond very well when they are given protein with a high degree of efficiency (PER), and sufficient amounts of vitamins and minerals, mainly when a specialist monitors their progress, to avoid dangerous levels of deprivation and resource depletion.

Hypocaloric diets, which produce ketosis, have been criticized because the decrease in fluids produces the sizeable initial weight loss.

But when it comes to very obese people, this initial decrease can become a blessing. One of the problems of fat people is excessive water retention in their systems.

In extreme cases, it can lead to brain edema, where water overloads this organ.

Losing the excess water makes them feel better, happier, and with a greater willingness to act and the ability to concentrate.

If you want more tips to be happy, read our article “How to improve your mood (feel-good techniques).”

THE FAT ISSUE: A NEW ERA OF HUMAN EVOLUTION

As far as human evolution is concerned, we live in a different time. The first humans were hunters, lived in small groups, and practiced nomadism out of necessity, always moving in search of food.

About 20,000 years ago, our ancestors learned to plant crops and domesticate animals.

That led to the development of stable habitats and ultimate control of the entire planet.

However, until very recently, people “earned their living by the sweat of their brow.” The work was hard, and the days of physical activity were unthinkable for the modern man. But in this century, most people are living in a different world. They are surrounded by all kinds of food, loaded with fat and sugar.

We can take them at any time or store them in a refrigerator to eat them whenever we want.

Humanity has never been in a situation like that, where we have all kinds of devices that limit the physical caloric expenditure to the minimum possible.

As a result, it is not surprising that obesity has become an epidemic. Children are fat. Adults are obese.

And with a population that is living longer and longer, the diseases associated with high fat intake and accumulation will increase.

That explains why many people are chronically dieting. They are obese and out of shape.

But there is also an explanation for the failure of diets. Losing weight is annoying and uncomfortable, while merely losing weight can be difficult.

But once the weight is lost and we abandon the diet, we find ourselves in a world of abundance of food and scarcity of physical activity.

Unless we make a permanent effort to change our eating and exercise habits, diets will serve no purpose other than making us sick and looking worse and worse.

For more tips on nutrition, don’t hesitate to visit our nutrition section.

previousThe easiest way to know how breast augmentation is done!!
nextHow to take care of your hair in summer, This Is What Professionals Do 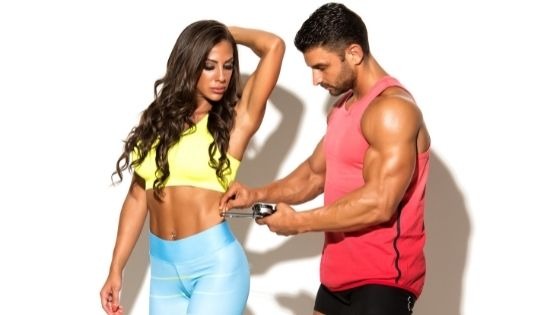 How much body fat can you lose in a month? 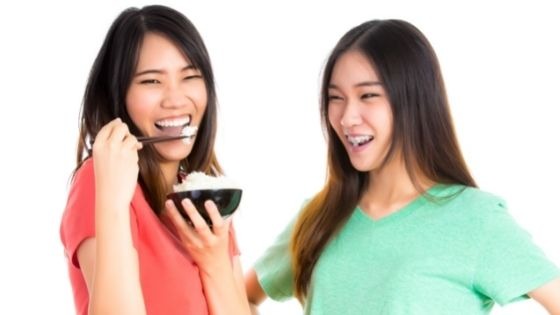 Does rice make you fat? The Real Truth!!

Is rice fattening? Does rice… Read More »Does rice make you fat? The Real Truth!! 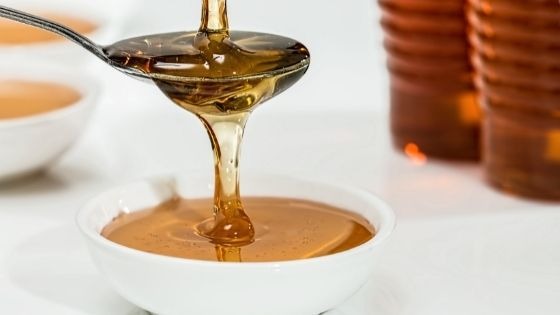 What food group is honey? Everything you need to know! 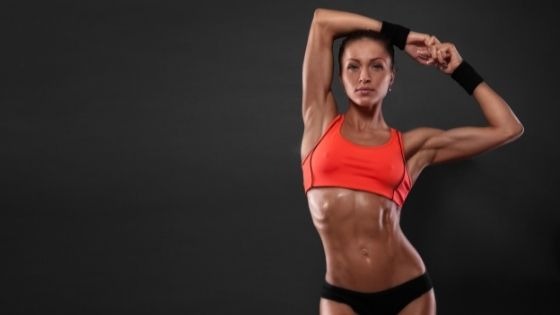 How much fat should you… Read More »0 Body Fat Diet With Weekly Meal Plan!