Category » Why doesn’t caffeine affect me?

Why doesn’t caffeine affect me?

I don’t understand why caffeine doesn’t affect me like it does other people. It’s not fair!

Do you feel like caffeine doesn’t work for you? No matter how much coffee or energy drinks you drink, you can’t seem to get that boost?

Well, we have some good news for you. First, it’s not your fault! You’re not alone. Up to 30% of the population is “caffeine resistant.”

That means that their bodies don’t break down the caffeine in the same way as other people.

Why doesn’t caffeine affect me?

Many people rely on caffeine to help them wake up and feel more alert. However, some people don’t seem to be affected by it. There are a few possible explanations for this.

The most common reason is that people have built up a tolerance to caffeine. So if someone drinks a lot of coffee or tea, their body will begin to adjust to the presence of caffeine and eventually stop reacting to it as strongly.

Another possibility is that they metabolize caffeine differently than most people. Everyone’s bodies break down caffeine at different rates so some people may process it more quickly than others.

A cup of coffee may not be enough to make a difference for someone who weighs 200 pounds, but it could easily keep a smaller person awake for hours.

Whatever the reason, some people don’t seem to need caffeine to get through the day.

Caffeine is a stimulant that occurs naturally in many plants, including coffee beans, tea leaves, and cocoa beans. It is also added to some foods and drinks, such as cola and energy drinks.

Caffeine works by blocking the brain’s chemical adenosine, which makes us feel tired. That increases alertness and helps to improve focus and concentration.

It also increases the production of adrenaline, which can give you a boost of energy.

Caffeine is perfectly safe to consume in moderation, but it can be addictive and should be used cautiously.

Like all drugs, it can have side effects, such as increased heart rate and anxiety. Too much caffeine can also lead to insomnia, so it’s best to avoid consuming it late in the day.

What is caffeine sensitivity?

Caffeine sensitivity is the term used to describe how sensitive someone is to the effects of caffeine.

On the other hand, people who are insensitive to caffeine may need to consume more of it to feel any effects.

Genes largely determine caffeine sensitivity, so it’s not something that we can change.

However, people can become more or less sensitive to caffeine over time, depending on how much they consume.

People who consume large amounts of caffeine may eventually become tolerant to its effects and need to drink more to feel the same impact.

On the other hand, people who avoid caffeine may become more sensitive to it and may only need a small amount to feel its effects.

How much caffeine is too much?

Most healthy adults can safely consume up to 400 milligrams of caffeine per day. That is equivalent to four cups of coffee.

However, some people may be more sensitive to caffeine and may experience side effects at lower doses.

It’s also important to be cautious with caffeine consumption if you have a medical condition, such as anxiety or heart disease.

If you’re not sure how much caffeine is safe to consume, talk to your doctor.

What is caffeine tolerance?

Caffeine tolerance is the body’s ability to adjust to the presence of caffeine and reduce its effects.

People who consume large amounts of caffeine may be tolerant of its effects and need to drink more to feel the same alertness and energy level.

Tolerance to caffeine is different from sensitivity to caffeine. Sensitivity refers to how strongly someone reacts to the effects of caffeine, while tolerance refers to the body’s ability to reduce those effects.

Tolerance to caffeine is a result of the body adapting to its presence. The body does this by increasing its production of a chemical called adenosine, which counteracts the effects of caffeine.

Over time, the body becomes less sensitive to caffeine and needs more of it to feel those effects.

If you are a coffee lover, there is no need to worry about developing a tolerance to caffeine. However, regular coffee drinkers may benefit from the effects of caffeine tolerance.

Research has shown that people who drink coffee regularly have a lower risk of Parkinson’s disease and Alzheimer’s.

Caffeine tolerance is also beneficial for athletes. Studies have shown that athletes who consume caffeine before exercise can perform at a higher level for more extended periods.

How does caffeine work?

Caffeine is a stimulant that acts on the brain and nervous system. When consumed, it increases alertness and wakefulness.

Caffeine works by blocking the action of adenosine, a neurotransmitter that makes you feel tired.

It also increases the release of other neurotransmitters like dopamine and norepinephrine, improving mood and cognitive function.

Caffeine is absorbed relatively quickly, and its effects can last for several hours.

While moderate amounts of caffeine are generally safe, consuming too much can lead to side effects like insomnia, anxiety, and irritability.

What should I do if caffeine doesn’t work for me?

Caffeine is a reliable way to boost energy levels and stay alert for most people. However, a small percentage of people for whom caffeine doesn’t seem to have any effect.

If you’re one of them, don’t despair, there are still plenty of ways to get the energy you need.

So don’t give up. There’s bound to be something that works for you.

Reasons why caffeine doesn’t affect you

If you’re like most people, you probably enjoy a coffee or tea in the morning to help wake yourself up.

But have you ever wondered why caffeine does not affect you? There are a few possible explanations.

Can you be immune to caffeine?

Caffeine is found in coffee, tea, energy drinks, and chocolate, and it’s also added to some medications.

Caffeine is a stimulant that can give you a temporary energy boost. It’s also a diuretic, which helps your body get rid of extra water.

Most people can safely consume up to 400 milligrams of caffeine a day. But some people are more sensitive to its effects and can experience jitters, anxiety, and insomnia at lower doses.

Some people might even be immune to caffeine’s effects. Studies show that people who regularly consume caffeine develop a tolerance to its effects and no longer experience the same energy boosts they did when they first started using caffeine.

However, other studies suggest that there’s no such thing as becoming immune to caffeine since its effects are different for everyone.

So if you’re wondering if you can build up a tolerance to caffeine, the answer is maybe.

What are adenosine receptors?

Adenosine receptors are a type of protein found on the surface of cells. They play an essential role in cellular processes, including cell growth and death, metabolism, and inflammation.

Adenosine receptors are activated by the chemical adenosine produced by the body in response to stress or injury.

When activated, adenosine receptors can cause several different effects, depending on the type of cell they are found on.

There are four different types of adenosine receptors, each of which is encoded by another gene.

Mutations in these genes can lead to cancer and Parkinson’s disease.

Why should you stop drinking caffeinated drinks?

Most people are familiar with the Pick-me-up powers of caffeine. Whether it’s coffee, tea, or soda, caffeine is a popular way to get a little energy boost.

But what many people don’t realize is that caffeine can also have some serious downsides.

For one thing, it’s a significant contributor to dehydration. When you consume caffeine, it causes your body to excrete more water than usual, leading to dehydration if you’re not drinking enough fluids.

For instance, too much coffee can cause insomnia and irritability and increase anxiety and heart rate.

So if you’re looking to cut down on your caffeine intake, there are plenty of good reasons.

If you’ve had anxiety or panic attacks in the past and consumed caffeine, it might cause another one.

You may find that you sleep better, feel calmer, and have more energy without the crash that comes with caffeine depletion.

Alternatives to coffee, such as herbal tea, can provide you with some of the benefits of caffeine without the adverse side effects.

Decaf coffee is another option, but it still contains a small amount of caffeine. If you’re trying to avoid caffeine altogether, green tea is good.

Herbal tea can also be an excellent alternative to coffee. There are many different types of herbal tea, so you can find one that suits your taste.

If you’re looking for an energy boost, ginseng tea is a good option. For a relaxing cup of tea, chamomile or lavender tea might be more your cup of tea.

If you’re like most people, caffeine doesn’t significantly affect you. You probably drink coffee or tea in the morning and feel mildly more alert, but that’s about it.

Caffeine doesn’t seem to work as well for some people as it does for others. For example, naturally anxious people may find that caffeine drinks make them even more jittery.

But what if we told you there was a reason why caffeine doesn’t work as well for you? It has to do with caffeine tolerance in your genes.

anteriorWhy do Bananas give me Heartburn?
siguienteKey Aspects of Testing Food Allergies 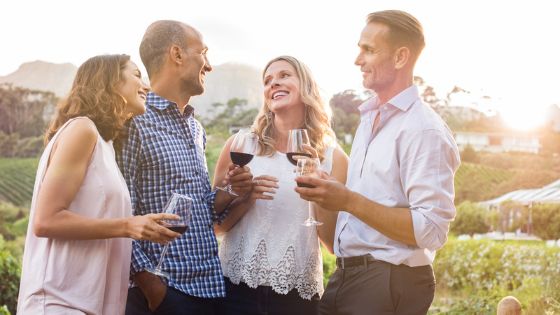 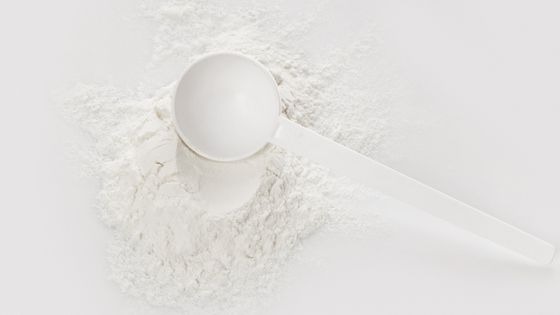 Can Creatine Cause Acne? The Truth!

Can creatine cause acne? A… Leer más »Can Creatine Cause Acne? The Truth! 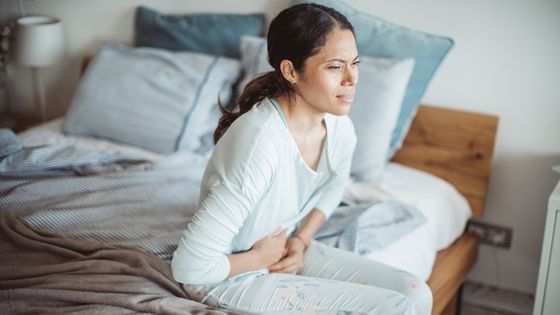 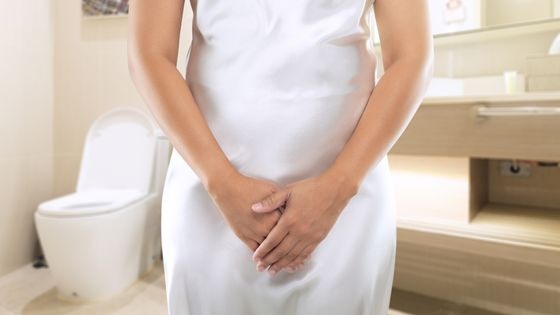 Why do I pee immediately after drinking water?